The thought occurred to me that these might well be the only videos of these events that exist.

This feature comes courtesy of a Creighton legacy family with a treasure trove of old campus footage. It started with an email we received from Tony Schenk, BSPHA'68, late last year ….

“I read an interesting article on Creighton football in the Bluejay Bites newsletter, and I thought someone might be interested in some old films.

“I inherited a box of movie reels from my father, Leonard Schenk, BSPHA'39. Several of these show football games while Dad was attending Creighton. He also filmed Creighton homecoming parades, dorm (or rooming house) life and other events in Omaha.

“The thought occurred to me that these might well be the only videos of these events that exist.”

Tony says that one of his father’s fears was that this footage was just going to disappear without anyone ever seeing it again. In the past few years, Tony has begun to digitize the 8mm film reels and upload them to YouTube. So far, he says, he’s only scratched the surface of hundreds of hours of footage.

We’ve included clips of Leonard’s footage throughout the following story. Read on to see scenes from Creighton from more than 80 years ago.

Leonard’s own father ran a drug store in small-town Kansas, and the store had a camera department. He started making movies in his teens.

As you can see in the following video of Leonard taken while he was at Creighton, he was a bit of a goof.

“He loved to clown around,” Tony says of his dad. “Whenever he was on camera, he would act like an old silent movie star. He made quite an impression.”

Some of Leonard’s most interesting footage is of Creighton homecoming parades from the ’30s, not only for what they show of Creighton students and alumni but of downtown Omaha.

And Leonard shot just as much footage from the homecoming football games as he did the parades.

The crowd shots are downright startling — just a big stadium full of football fans, right in the middle of campus …

And here’s some of the last footage he shot at Creighton, at his own graduation ceremony in 1939 …

Shortly after graduation — the day after the Pearl Harbor attack — Leonard joined the U.S. Army. Because of his experience building radios, he was commissioned as an officer to work on radar installations throughout WWII.

He went on to own his own Kansas drug store. (It also had a camera department.) He remained a filmmaker most of his life, shooting footage at countless occasions. He passed away in 2019 at the age of 101.

To know that so many Bluejays would someday see his movies of Creighton — a place he held so dear — would have thrilled him, his son says.

Stories like this wouldn’t be possible without the help of the University Archives, the keeper of Creighton’s history. Please consider making a gift to the Archives and helping us preserve Creighton’s amazing story for generations to come. 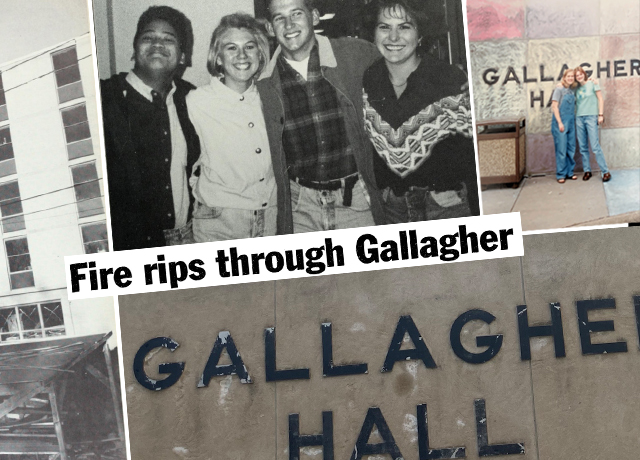 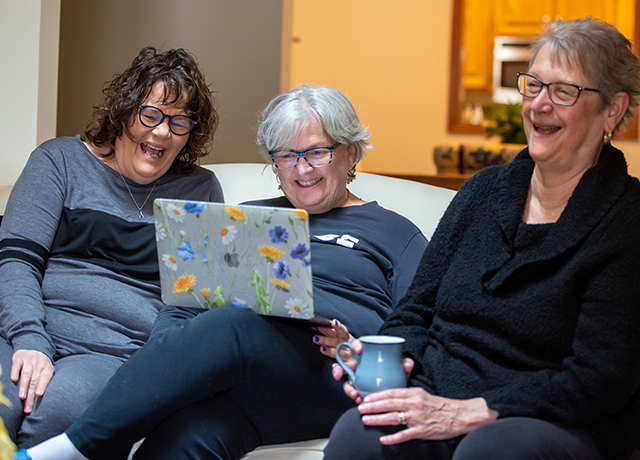 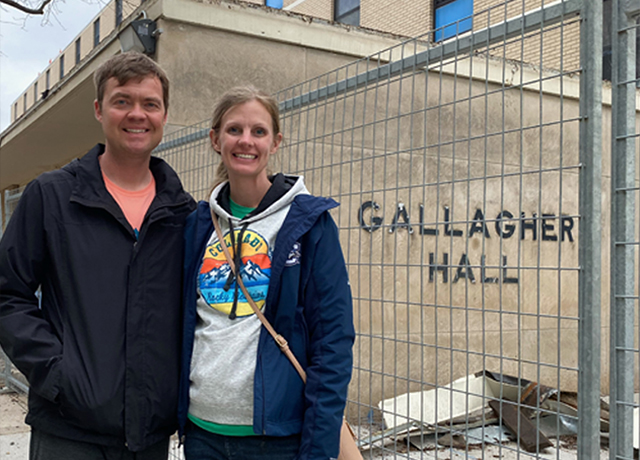