To celebrate the 30-year anniversary of Creighton's first and so far only CWS appearance, we caught up with several players to talk about the magical season. 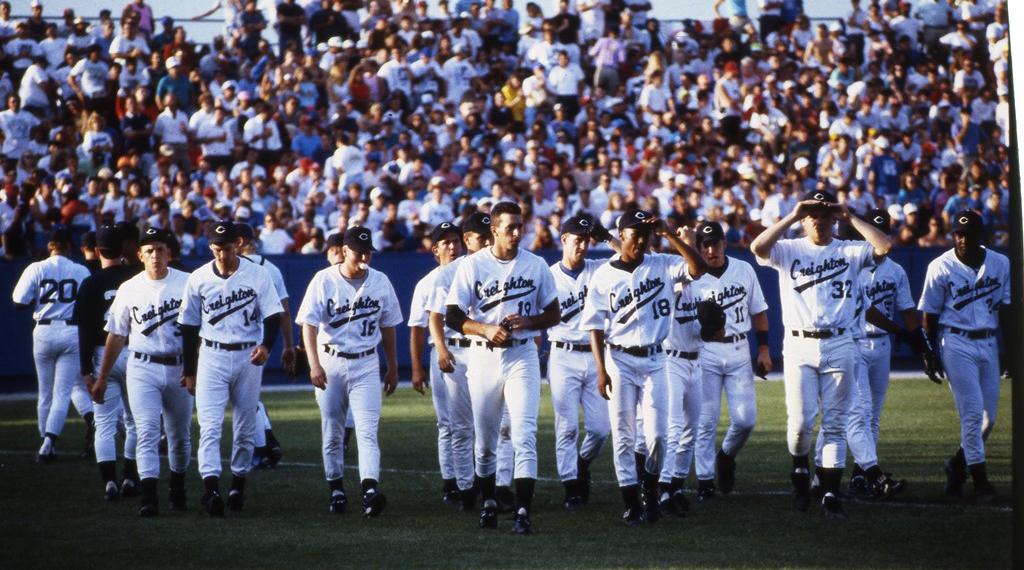 The ’91 team will celebrate the 30th anniversary of their series appearance this month at reunion events throughout the city.

For one week in June, Omaha turned blue.

In 1991, Creighton baseball became Omaha’s first and so far only hometown team to make it to the College World Series.

Those who were there know the series’ highlights (and low lows): The win over Clemson. The 12-inning heartbreaker against rival Wichita State. The next-day comeback, which put them just two wins short of the title game.

The 1991 team’s 51-win total remains a Creighton record. The team still holds school records for runs, hits, bases and more. In 2016, they became the first team inducted into the Creighton Athletics Hall of Fame.

Last month, ’91 coach Jim Hendry was inducted into the Omaha Sports Hall of Fame. In his acceptance speech, Hendry said his players “knew the responsibility of trying to be the first team that played in June at the great Rosenblatt Stadium, and they took that very seriously.”

They still do. That moment, Hendry said, formed a life-long bond between the team, the University and the city itself.

To celebrate the 30-year anniversary of this moment, we caught up with several players to talk about the magical season that finally fulfilled Creighton’s dream “to play in June.”

JJ Gottsch. Back-up shortstop on the ’91 team. He is now COO of Ryan Sanders Sports & Entertainment in Austin, Texas.

Mike Heathcott, BSBA’91. Pitcher. Draft pick of the Chicago White Sox. Inducted into the Creighton Athletics Hall of Fame in 2006.

Chad McConnell. Outfielder on the ’91 team. Played on the 1992 U.S. Olympic Team. Inducted into the Creighton Athletics Hall of Fame in 2015.

Brian O’Connor, BSBA’93. Pitcher. O’Connor is now head baseball coach for the Virginia Cavaliers. In 2015, he led the team to its first national title. His face is one of the likenesses in the Road to Omaha statue outside TD Ameritrade Park Omaha.

Note: Interviews were conducted separately and edited for clarity. 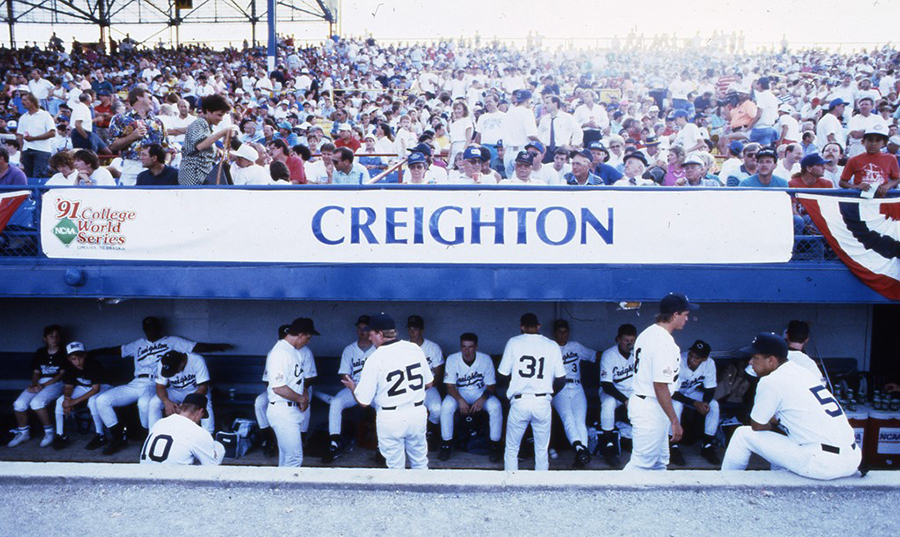 Gottsch: First and foremost, the level of talent that Jim accumulated. To get as far as we did, you've got to have talent.

O’Connor: I still haven't been part of any offensive club — as a coach or as a player — that was anything like that ’91 team.

Heathcott: With those hitters, my job as a pitcher was just not to lose the game. Those guys made it easy.

McConnell: There was no “Cinderella story” about it. That team was just good.

Gottsch: But there are a lot of teams that have that much talent, and they haven’t achieved what we did. There was something more to it.

McCafferty: Everything just lined up that season.

McConnell: There was a chemistry. I knew that if I struck out, the guy behind me was going to pick me up. We were so confident in each other.

O’Connor: It was a bunch of guys who competed no matter what, but we didn’t take things too seriously. That's really important if you want to have success at an elite level of baseball. You've got to have skill, but you’ve also got to play this game fun and have energy and be loose.

McCafferty: We were also just a really tight group. There wasn't any space between us where anybody could open up a gap.

Heathcott: Because of the smaller size of Creighton, we all lived together. We had our share of fights, but it was like brothers. We fight today, but when we’re on the field the next day, nobody better mess with my brother.

Sorenson: We had each other's backs, no matter what. Those are the teams who make it, the ones where the players put each other first. That means laying a bunt down when you need to put a bunt down. That means a starting pitcher walking off the mound even when he wants to go another inning. 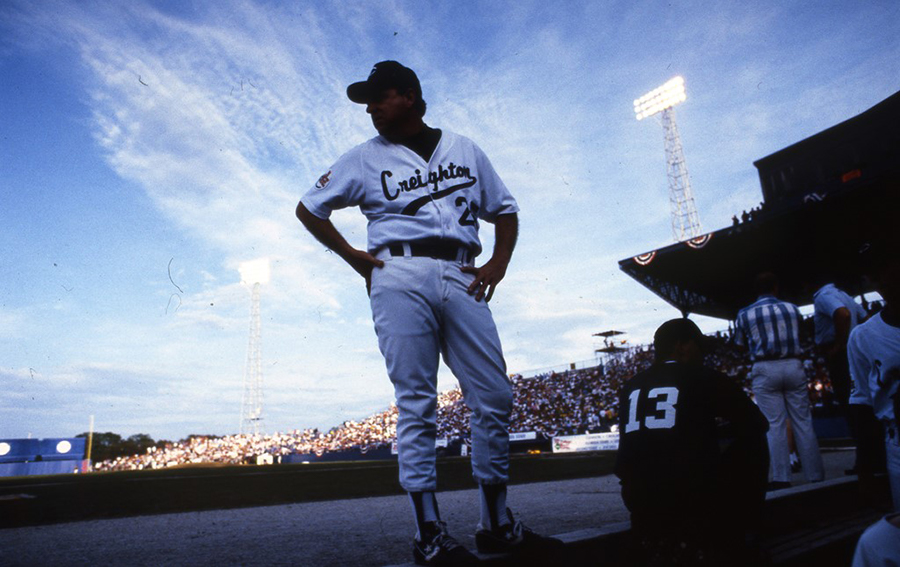 What made Jim Hendry a great coach?

Gottsch: He was one of the most confident people I’ve ever been around. And our team absorbed that confidence. We went out every game expecting to win. We expected to play in the College World Series.

O’Connor: Jim’s personality is just infectious. He’s really rare in coaching because, as a player, you did not want to let the guy down. We went out there and wanted to compete for each other, but I can tell you, me and my teammates did everything we could to not let that guy down.

Gottsch: Jim managed the talent we had in the right way. He managed each and everyone's personalities differently. He knew us.

McCafferty: He knew how to connect with us in ways that brought out the best in us. Who we were as players. And as people.

McCafferty: There are a couple of points in your life where you have a coach or a mentor who gives you some critical analysis of yourself that you don't want to hear at the time, but it can be a life-changing moment. I had a couple of those moments with Coach Hendry.

Heathcott: (Laughs) If it ever got to the point where there was a problem, and someone needed a little correction …

McCafferty: Coach Hendry had a way of putting a certain spin on things. He is, in his way, quite the philosopher.

Heathcott: If you started to think you’re bigger or better than you are, he reminded you that this was a team.

McCafferty: I remember I was late for practice, and he said, “Mac, listen. We've got three rules, and they’re pretty simple: 1. You show up on time. 2. You work your butt off. And 3. — don't be a jerk.” That’s a basic foundational premise that has stuck with me.

O’Connor: But to a man, each individual guy on that club knew that Jim Hendry loved them. We knew he’d do anything for us. You always hear this term — “a player's coach.” I don't really like the term, but it does describe Jim. He really genuinely cared about and looked out for and loved his players. 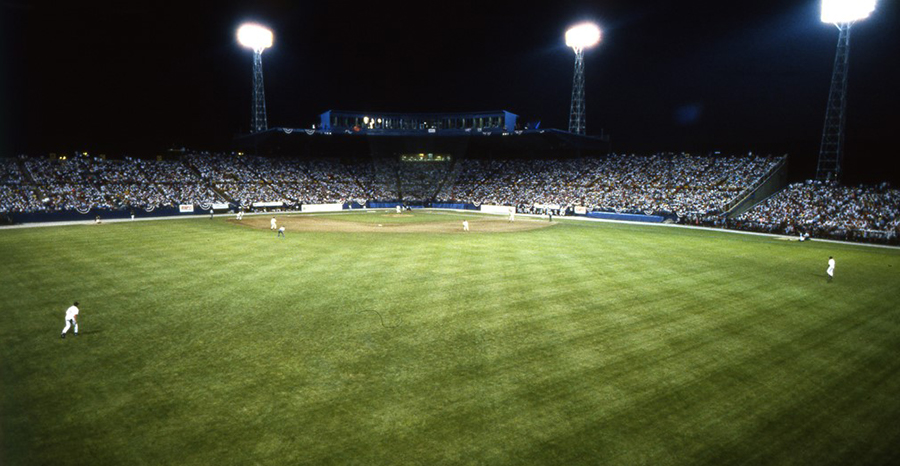 The defining moments of the series and season

Sorenson: All great teams or great organizations go through challenging times. They go through valleys before they achieve the peak of their performance. We went through that that season. We’d lost a couple of tough ball games on the road. Coach gathered us and said, “We aren't going to achieve what we have the ability to achieve unless we all look each other in the eye and say, ‘We're going to do this for one other. We're going to do it for the team. Not for the pro scouts in the stands, not for our individual talent and not for ourselves. For each other.’”

Heathcott: After that, we started to steamroll everybody.

Sorenson: That was, for me, the moment of the season. It’s what turned it around for us. We rose out of that valley together. I’ll remember that moment all my life.

BEATING USC IN THE REGIONAL

O’Connor: We were 2-0 in the regional and playing USC in their ballpark. They were the favorite for the whole thing. Creighton had had success in prior years but just hadn’t been able to punch through and win that kind of game. When we actually won it, that was the defining moment of the season for me.

McCafferty: At the USC game, when McConnell hit that three-run homer against USC, I knew we were going to be hard to beat.

McConnell: We let them know who we were that day, that's for sure. After that, we knew we had it. We knew this was our time.

McCafferty: Another moment that stands out for me was winning the next game, the Hawaii game that won us the regional. You know, when I see the Road to Omaha statute in front of the park, I think of us at the end of that Hawaii game.

McCafferty: That moment really signifies the Road to Omaha statue. To me, it will forever be tied to the Creighton Bluejays coming home. 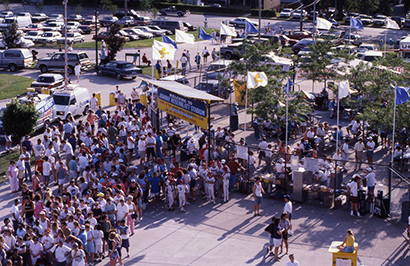 McCafferty: It was magical, especially for the guys who grew up in Omaha.

Sorenson: It still puts a smile on your face and a tingle on the back of your neck.

Heathcott: It’s one of the best times I’ve ever had on a baseball field.

Gottsch: I grew up in the Rosenblatt parking lot. My parents have had season tickets to the College World Series since before I was born. But then, to actually be on that field, to get introduced before a game, to be a part of that … there's not many moments or times in my life that can top that.

McCafferty: When I was a kid going to the College World Series with my family, I thought the players were bigger than life. To go from thinking that to being one of the players on the field … it didn’t feel real. It was just me and my buddies, you know, playing baseball.

McConnell: All of a sudden, you're on that stage. It's something I still think about all the time. 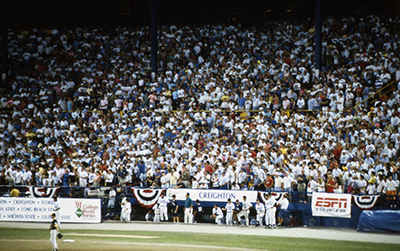 Sorenson: One of the greatest memories was before we played Long Beach. The day before, we had just lost the game to Wichita State in extra innings. We’d just lost to our nemesis in a tough, tough game. That’s hard to overcome in 24 hours. We were down and out coming back to the ballpark, no question about it. But when we walked into that packed stadium, it seemed like the whole crowd was up on their feet chanting "Bluejays! Bluejays! Bluejays!"

McConnell: No matter how much that loss hurt, when we showed up to the park the next day with all the fans and all that excitement, our adrenaline got going.

Sorenson: The blood went right back into our faces. Creighton and Omaha really picked us up that day. The Omaha community and Creighton community gave us what we needed to win.

McCafferty: That whole series, whenever we took the field, the crowd gave us a standing ovation. We couldn’t go out on the field without the entire stands erupting.

McConnell: It felt like the whole stadium was Creighton fans. Even 30 years later, just … goosebumps.

Love Creighton? Consider making a gift to the Creighton Fund, the fund that helps us meet the most immediate needs of the University and our students (and student-athletes). 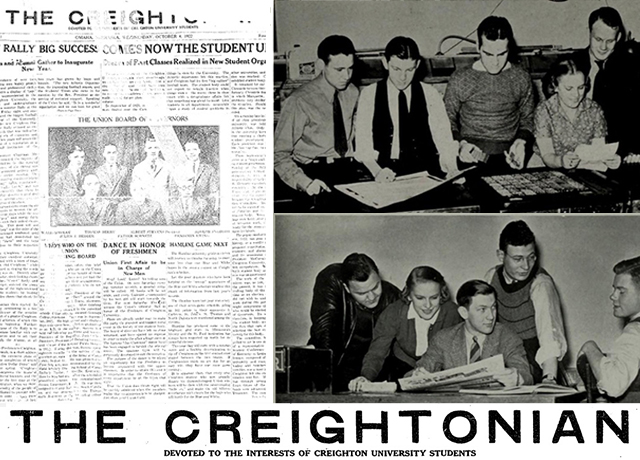 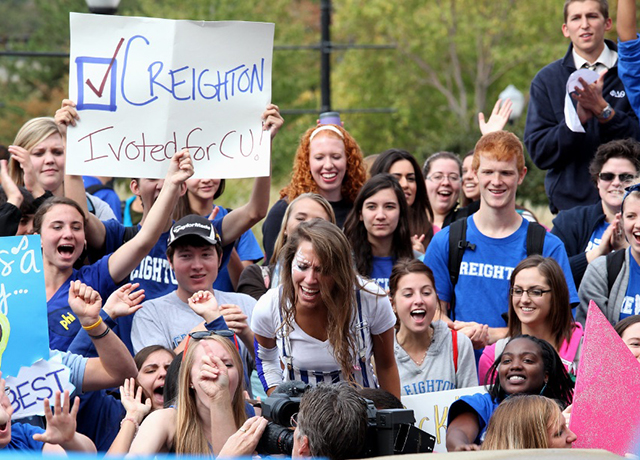 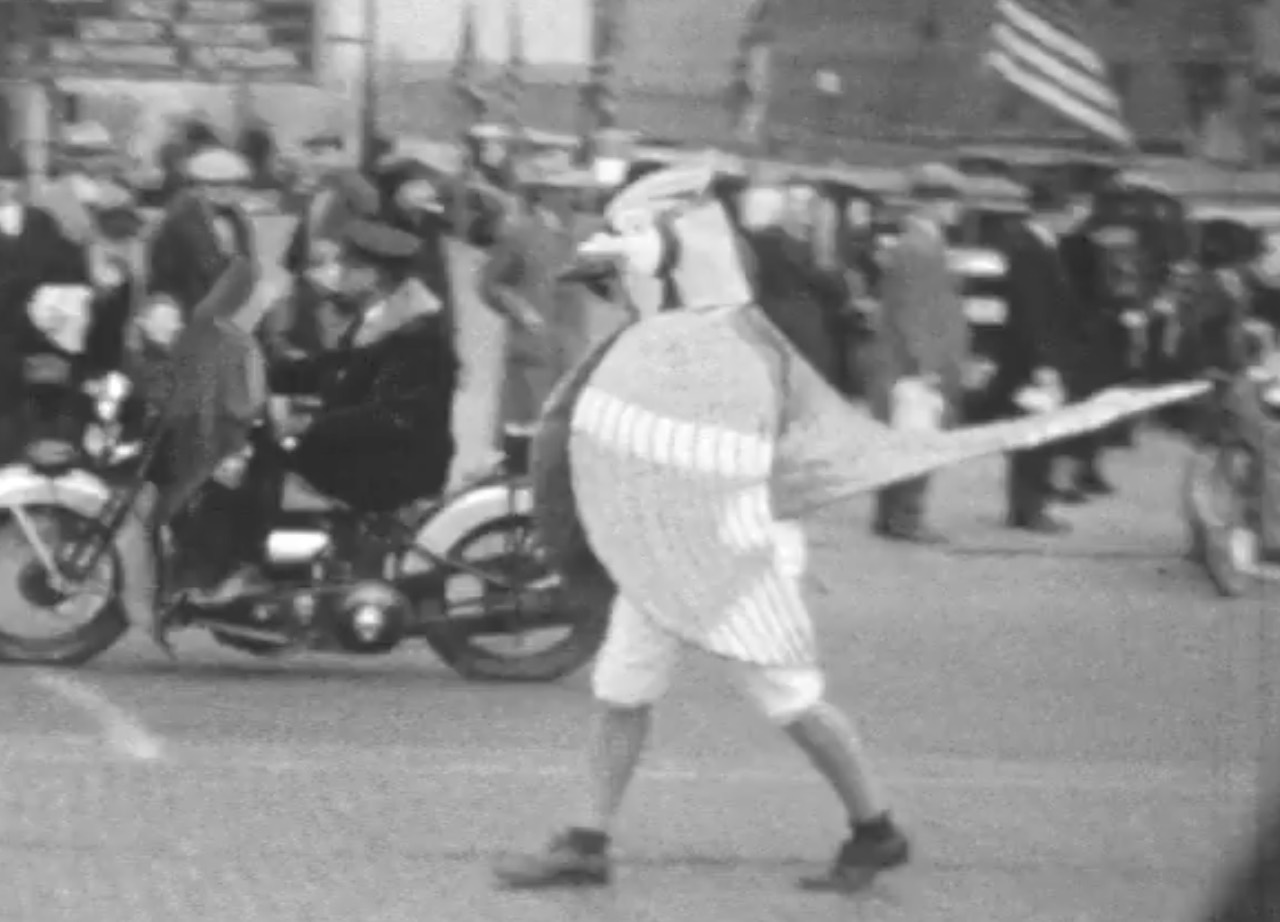