Through the Parent and Family Leadership Council, Fatima Basith and Pirzada Sattar, MD, have helped to develop the parent community as a resource for the University. “Creighton is shaping the future of my child, and a number of future leaders. It has been very important for me to give back and to be engaged."

Creighton is shaping the future of my child, and a number of future leaders. It has been very important for me to give back and to be engaged.

The advice that Parent and Family Leadership Council member Fatima Basith has always imparted to her two sons is to “follow your heart.”

She and her husband, former Creighton faculty member Pirzada Sattar, MD, believe this guidance, paired with the strong family foundation within their home, help empower Lukmaan, a senior in the Heider College of Business, and Rayaan, a high school sophomore, to pursue their dreams. 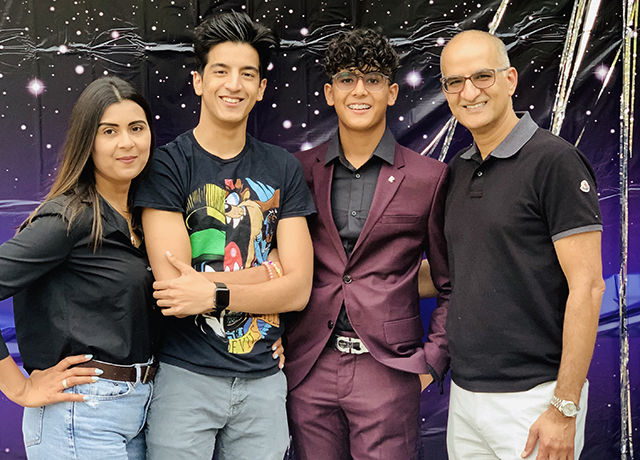 “I look forward to what the future holds, and I wish success for them, in whatever form that success means to them,” she said.

The Basith-Sattar family moved to Omaha in 2001 when Pirzada accepted a faculty research position at Creighton. Fatima says that Omaha quickly became home to their family, and she became heavily involved in the community.

For Fatima, one of her fondest memories is when Pirzada – a board member at Brownell Talbot in Omaha – handed Lukmaan his diploma during his high school graduation ceremony.

“That was such a special moment for a father and son, for all of us,” Fatima said. “Lukmaan and his father hugged. We all became tearful. I will always treasure that milestone.”

She says that she and Pirzada were thrilled when Lukmaan chose to attend Creighton University.

“After he got his acceptance, he came to us and said, ‘Mom and Dad, would you be okay if I enrolled at Creighton?’ We told him, ‘Of course!’ When we dropped him off on move-in day, we knew he was in good hands.”

When Fatima was contacted to join the Parent and Family Leadership Council,  she says she jumped at the chance to involve herself in the University community.

By sharing their “parent perspective” with University leaders, council members help foster a culture that recognizes and celebrates the community and advances the Jesuit mission.

“Creighton is shaping the future of my child, and a number of future leaders. It has been very important for me to give back and to be engaged,” Fatima said.

For four years, Fatima and Pirzada have helped to develop the parent community as a resource for the University. They have also generously supported the Creighton University Parent Fund.

When Lukmaan graduates in May, Fatima and Pirzada know it will be a different experience than that of his high school graduation.

“But we’ll embrace the moment and celebrate, no matter what it looks like,” Fatima said.

Of her time with the Parent and Family Leadership Council, Fatima says she has enjoyed meeting parents and leadership who share her vision.

“I hope that all students at Creighton continue to feel empowered, that they’re prepared to take on the world in whatever way they choose.” 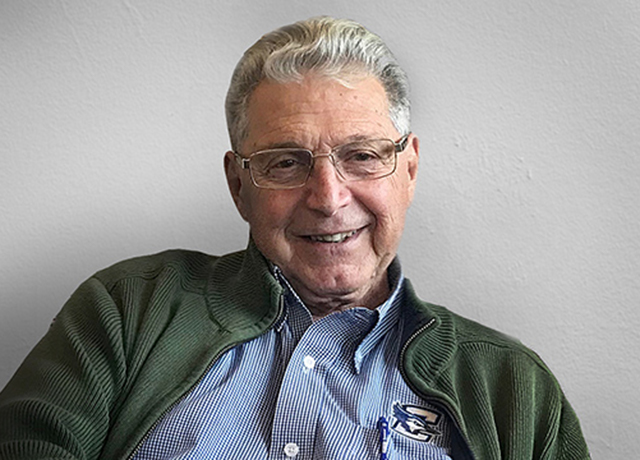 A new endowed chair in medicine for Phoenix campus

Dr. James Laumond, a 1964 alumnus, has endowed a chair in Creighton’s School of Medicine to help ensure that future physicians treat not just the medical condition, but the whole person. 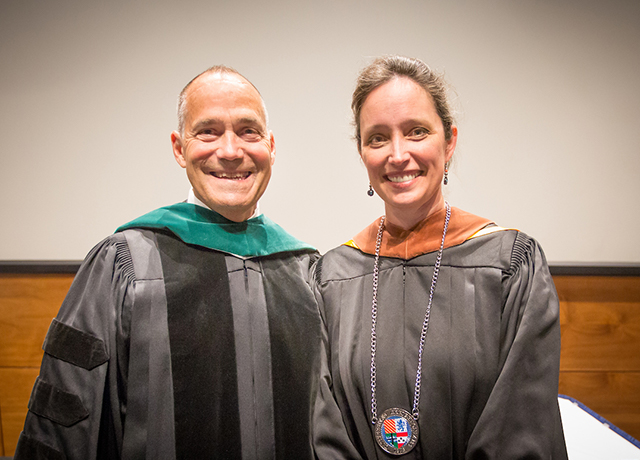 A new endowed chair in the medical humanities

The inaugural holder of Creighton’s newest endowed chair is an artist whose work has been exhibited throughout the world and can be found in the private collections of primatologist Jane Goodall and Supreme Court Justice Clarence Thomas. 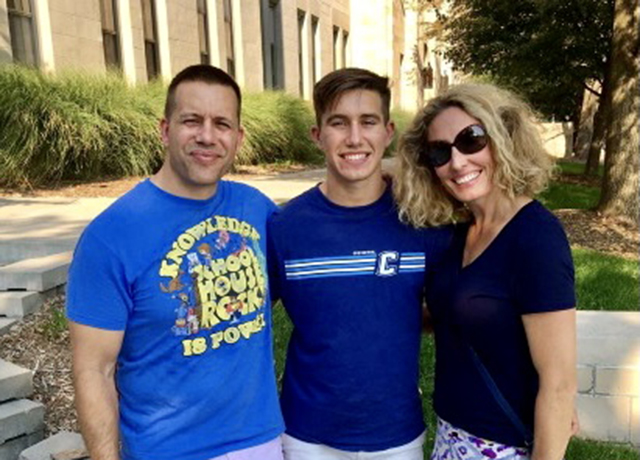