For 3L student Sarah Mielke, the human element and weight of emotions are at the core of life, learning and problem-solving. 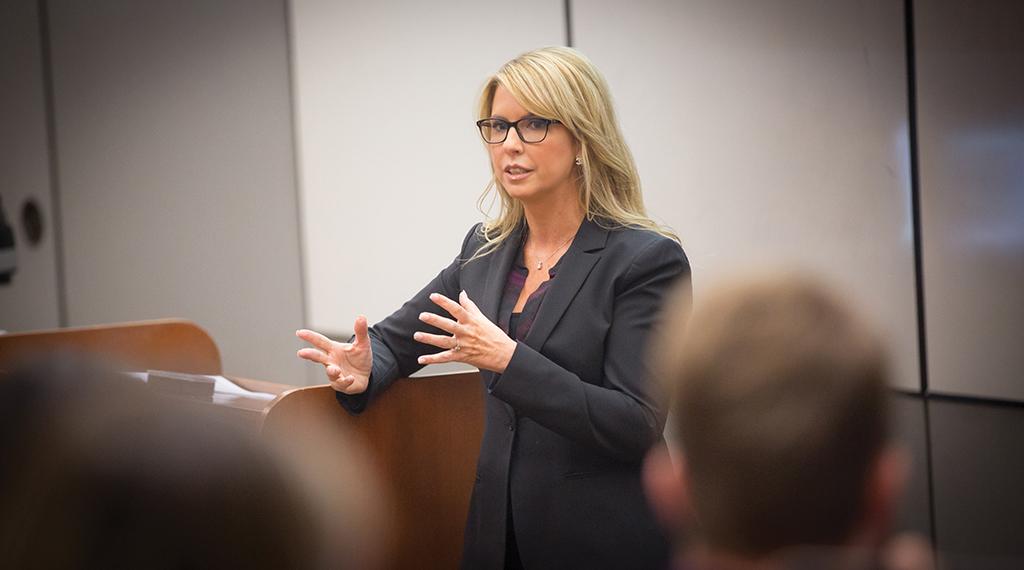 The practice-ready lawyer of the future anticipates change. Our students learn from casebooks, but forward-facing legal education also teaches students to be responsive to innovation and disruptive technologies.

During the summer of 2019, second-year law student Sarah Mielke began writing a law review article. Her topic was the green burial movement. Green burials are gaining popularity as a low-cost, environmentally friendly alternative to traditional burials.

However, after the unexpected loss of her beloved grandfather just one week before her wedding, Mielke couldn’t continue.  It was too painful.

“It was clear that I could not finish that article. I didn’t have the bandwidth to write about death. I was sad to leave the article behind, but all the same, at peace with my decision.”

The following fall when Mielke took her first class from Victoria Haneman, associate professor and the Frank J. Kellegher Professor of Trusts and Estates, Mielke would refocus her attention on the green burial movement.

Haneman, who teaches courses on taxation, wills, trusts and estates, and business association, was conducting research based on the notion that the economics of life do not end with death.

“Putting the deceased to rest carries with it often unexpected and sometimes staggering expense, and this economic burden is imposed in a time of dramatic vulnerability,” Haneman said.

“My research on funeral poverty explores the notion that unconsidered expenses may perpetuate and exacerbate intergenerational cycles of poverty. In addition to the expense of modern funerary practice in the United States, I also consider the environmental toxicity of current approaches and green funeral start-up technologies that have the potential to disrupt an entire industry.”

Mielke shared with Haneman her interest in this research and told her about the article that she was never able to finish.

“I was deeply humbled when she offered me a position on her research team in which I’d get to take a look into these issues. Her work is about the people she can help, and I’ve been honored to study and learn from her. Professor Haneman is down-to-earth, yet a powerful person – I’ve never met anyone like her. She is who I aspire to be in my career.”

As Haneman’s research assistant, Mielke explored topics such as the religious and cultural traditions surrounding death and ways in which death impacts the living.

“The importance of this work really hit home,” Mielke said. “I’ve had the opportunity to delve into research and writing on a topic that impacts us all, inevitably – death.”

Mielke is now in her third year of law school. She says that she is most proud of the contributions she has made to Haneman’s research.

“It’s such a difficult, complex, and novel topic. It sounds morbid, but Professor Haneman’s approach to truly understanding this topic breathes life into death. She gives it an approachable reality that we can all understand, learn, and benefit from.”

Haneman says her research demonstrates to students the ways in which traditional structures can be considered through a creative lens, and the role that lawyers can play in being agents of change.

“The practice-ready lawyer of the future anticipates change. Our students learn from casebooks, but forward-facing legal education also teaches students to be responsive to innovation and disruptive technologies. My work on the funeral and burial project would not be possible without the support and access provided by the endowed professorship.”

For Mielke, Haneman’s ability to incorporate the human element into legal topics has been the most inspiring.

“Professor Haneman is a true agent of change. She helped me recognize that no matter how engrained and embedded things are, change is possible where it’s needed. Her approach to problem-solving  – measuring the weight of emotion and the human element relative to a problem  – is the approach that I hope to carry forward in my career.” 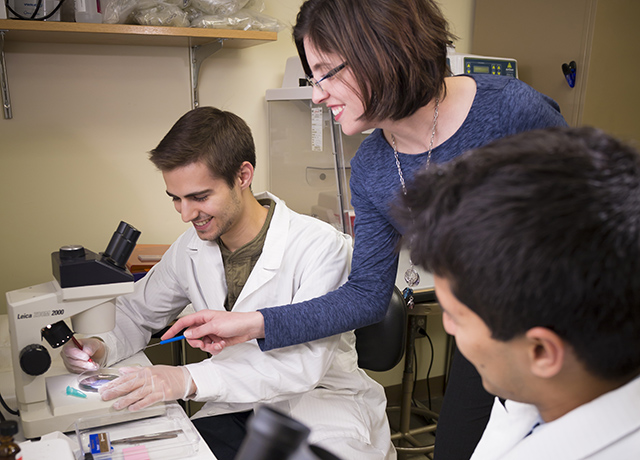 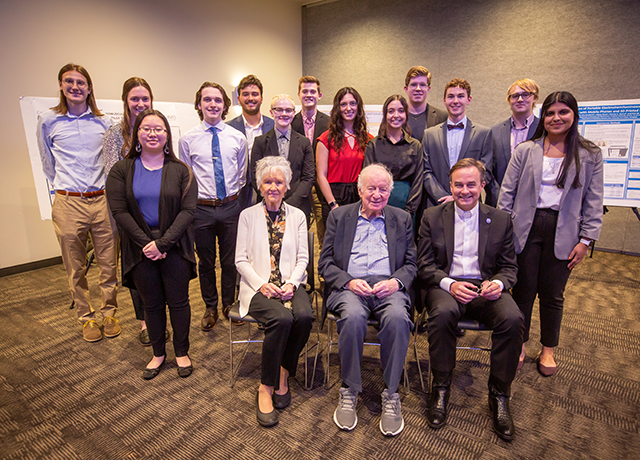 Since 2006, 229 Ferlic Fellowships have been awarded to students who study in STEM fields. On October 26, the 2022 Ferlic Fellows presented their summer research projects. 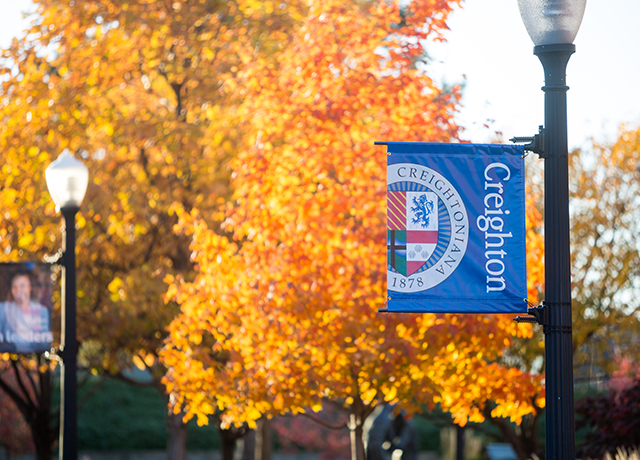 What is your Creighton legacy?

Through generous estate gifts, Creighton's Heritage Society members signify a shared vision with our founding family to educate women and men in the service of others.