The power of endowed chairs

Endowed chairs bring together the brightest minds to advance our mission and inspire innovation and discovery.

I have always believed that my faith calls me to demand ‘more’ of myself to help others. Creighton has been the perfect choice for me. I was looking specifically for a Catholic University in the Midwest to immerse myself in my faith while also challenging myself to explore my academic and professional interests as a tool for positive impact. 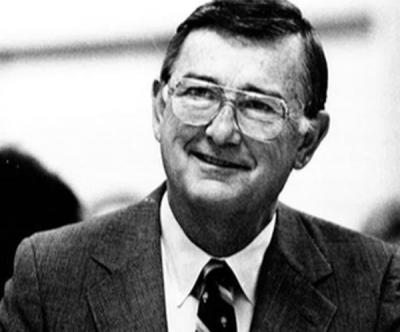 For nearly three decades, the research focus on economic impact by professor of economics, Ernie Goss, PhD, and Creighton students has maintained the vision of the late community leader and past Creighton Board of Directors, Jack MacAllister, HON’81, who believed in American businesses helping to meet the needs of society.

MacAllister was a humble and successful business leader who was known for his efforts to promote diversity in the workplace and who cared deeply about his community. In 1986, he was named Chairman of the Board and Chief Executive Officer of US West, Inc. where he oversaw the creation of the US West Foundation. 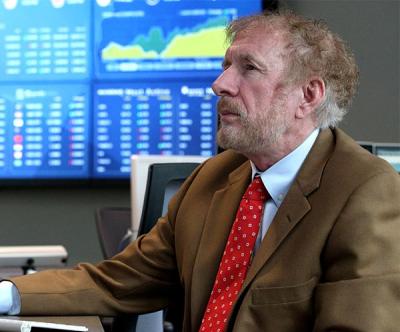 In 1992, Goss was inaugurated as the first holder of the Jack A. MacAllister Chair in Regional Economics, named in honor of MacAllister and established by a gift from the US West Foundation. Through support from the chair, Goss provides research that gives educational, governmental, and business policymakers insight into economic programs, while introducing Creighton students to the analysis of regional problems and techniques to solve them.

Taylr Bahr, a junior in the Heider College of Business, is taking a directed independent research class with Goss this semester. Bahr is involved in the Institute for Economic Inquiry, a member of the Creighton Entrepreneurship Club, the Financial Management Association, and active in numerous other leadership and service activities. Under the direction of Goss, Bahr is researching the economic impact of rural hospitals on their respective communities.

“Dr. Goss and I both have an interest in rural communities. Our research is important because it has the potential to help real people. I have seen – and experienced – firsthand how influential a hospital is in the life of a rural community.”

Bahr is preparing to publish his research in an upcoming journal. He says that his work with Goss has been thought-provoking and challenged him beyond the scope of a regular classroom.

“I have always believed that my faith calls me to demand ‘more’ of myself to help others,” Bahr said. “Creighton has been the perfect choice for me. I was looking specifically for a Catholic University in the Midwest to immerse myself in my faith while also challenging myself to explore my academic and professional interests as a tool for positive impact.”

Endowed chairs, like the one gifted by MacAllister, bring together the brightest minds to advance the mission of the Heider College of Business and inspire innovation and discovery. Goss says that of their work, he is most pleased with the longevity and wide-spread recognition of his monthly economic newsletter, as well as the Mid-America Business Conditions Report and the Rural Mainstreet Economic Report, all supported by graduate and undergraduate students.

“These projects provide real-world business experiences for our students and opportunities for them to publish their work. The reports also provide Creighton with greater visibility in the business community, the political arena, and the broader population interested in issues of economic importance.” 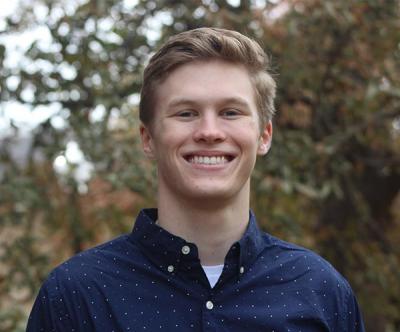 College of Arts and Sciences senior economics major, Peyton Miller, believes his undergraduate research experience with Goss opened a world of opportunities and helped prepare him for life after graduation.

“I am most proud of my published article on sports gambling,” said Miller. “Knowing that my work has relevance, and to publish an article on a novel topic, has given me a sense of accomplishment. It also demonstrates to future employers my ability to research, as well as communicate about my research.”

Goss says that it has been both an honor and a privilege to hold the MacAllister Chair. He plans to continue to broaden the reach of Creighton University through his research and student activity.

“By financially supporting and spotlighting the chair, Creighton has provided an entrée for my research to influence the business, political, and broader communities in which we serve.” 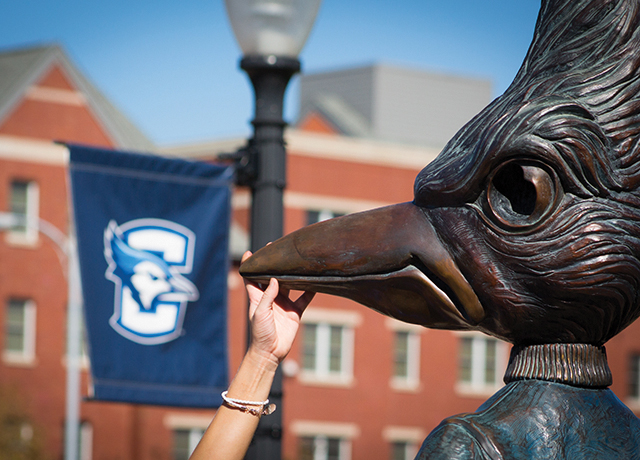 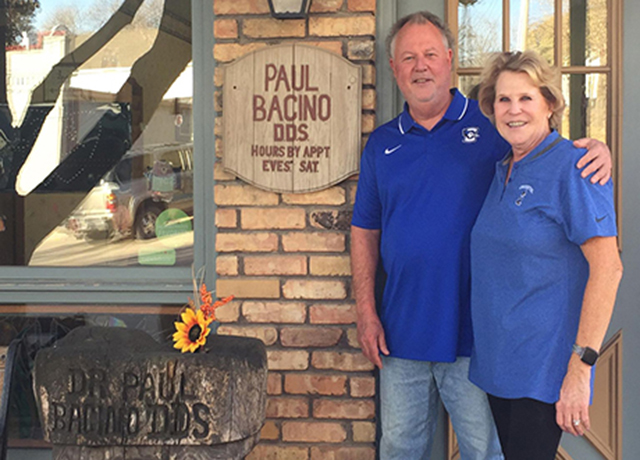 Paul, DDS’81, and Jan Bacino, share a vision with the University. Their gifts ensure that a Creighton education remains accessible to students. “My time at Creighton showed me that there are alumni who are willing to offer their time and gifts to help the next generation fulfill their dreams. For that, I am thankful.” Robert Marx, DDS’19 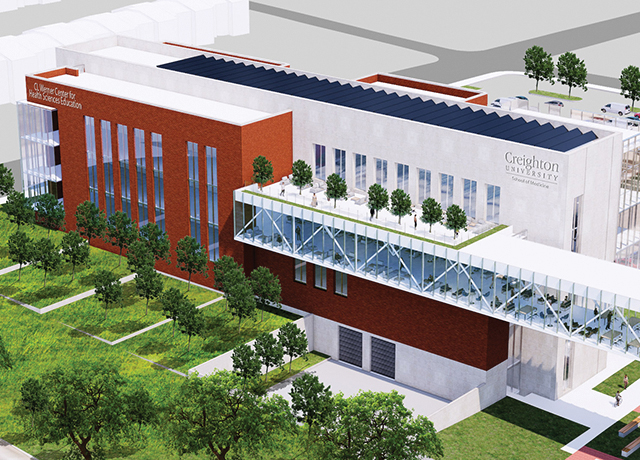 Creighton University has announced the CL Werner Center for Health Sciences Education and the new home of the Creighton School of Medicine.