Wyoming banker reinvented herself as a Creighton dentist

The best thing about Creighton dental school, she says, “is that it prepares you for anything.”

When you find a place that has so much to give, you do what you can to keep it working. Creighton has given me so much, many great experiences. 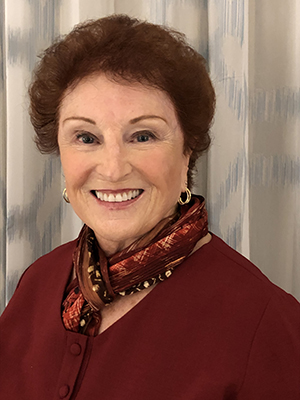 In the boom times of mid-’80s America, a Wyoming banker chose to change her life.

“This was after I’d come to the realization that when you’re in banking, you either own the bank or you work for the bank,” says Kay O’Leary, DDS’88. “I wanted to go into a profession where I could own my own business and be my own boss.”

She chose dentistry. Then she chose Creighton.

In her late 30s, O’Leary moved her family to Omaha for a full-on life reboot. It was, she says, one of the best decisions she ever made.

O’Leary went into orthodontics, eventually running her own practice in Florida. She now works part-time teaching pediatric dental students at the University of Florida in Naples.

O’Leary served her Florida community for decades, so well that a local tortoise was named after her.

Years back, the reptile in question (later to be named “O’Leary”) was clipped by a car and cracked its shell. Kay — orthodontist to the attending wildlife officer’s daughter — was called upon to do what she could.

And so O’Leary pulled “O’Leary’s” shell back together and held it in place with the acrylic brackets usually used for retainers. The tortoise’s “braces” would fall off on their own, after the shell had healed.

The best thing about Creighton dental school, O’Leary says, “is that it prepares you for anything.”

Kay’s connection to Creighton remains intact, as well. She’s on the dental school’s alumni advisory board, and this year she funded an operatory in the School of Dentistry.

She keeps her ties to Creighton strong, she says, “because when you find a place that has so much to give, you do what you can to keep it working. Creighton has given me so much, many great experiences.”

Here are a few of them …

As a junior, O’Leary went to the Dominican Republic through Creighton’s Institute for Latin American Concern. The experience was hands-on and formative and made O’Leary a master at the careful art of pulling teeth.

She stayed with a family who spoke no English. She slept in a cot under a mosquito net.

On the eight-week trip, the health sciences students operated out of a cinderblock schoolhouse, but the doctors, nurses and pharmacists laid claim to all the spaces within. The dental students had to set up an ad hoc operatory under a big tree in the schoolyard. For seating, a local family donated two old rocking chairs. O’Leary wedged blocks of wood under the chairs to make them lean back, placed her instruments in a crook of the tree and got to work.

Patients lined up to have cavities filled, teeth pulled.

Chewing on sugar cane had cost many of her patients the better part of their smiles. The teeth and roots had to come out. Before the ILAC trip, O’Leary hadn’t pulled a single tooth. By the time she left the DR, she’d pulled hundreds.

She recalls the father of the family she stayed with. He and O’Leary didn’t speak the same language, but he managed to convey to her that he needed dental work and also that he was “a big baby who couldn’t stand any pain.” His case was dire. All his teeth had decayed down to nubs at the gum line. It was difficult for him to eat.

A group regularly came through the village with boxes full of dentures they’d procured at city mortuaries. O’Leary’s patient found the right fit and popped them in. Before long, he could smile with confidence and eat without pain.

A dozen years later, O’Leary returned to the DR for her second ILAC trip, this time as a mentor to her daughter, Lisamarie O’Leary Brazeau, DDS’00, following in her mother’s footsteps as a Creighton-educated orthodontist.

“It was so wonderful to practice dentistry with my daughter,” Kay says. “It was her first time getting to do so outside of the dental school.”

That second ILAC trip, Kay had more resources. A roof over her head. Better instruments. No more rocking-chair operatories. But still … a lot of tooth-pulling.

The ILAC trip wasn’t the only thing that felt familiar to Kay. With Lisamarie at Creighton, her mother (effectively) lived through the dental school experience twice.

“Lisamarie took all the same classes and had pretty much all the same instructors,” Kay says. “The more I’ve seen since my time at Creighton, I know that not every dental school offers its students the same amount of experiences and opportunities for growth.”

O’Leary says she specialized in orthodontics when she realized that it’s the most fun you can have in any profession.

“And here’s why,” she says. “For one, you’re dealing with healthy patients who are not in pain. And two, you and the patient, and the patient’s family, are able to see the result of what you can do.”

O’Leary’s seen it a thousand times, and it never gets old.

The braces come off. The patients — often adolescents — look in the mirror and see their new smiles. And the looks on their faces …

There’s nothing better than that, O’Leary says.

Making just the right adjustments — to teeth, to careers — can change a life entirely.